Your golf experts: Jordan Fuller & John Marshall.
Updated October 4, 2022. This article was thoroughly audited by multiple golf experts and coaches for its accuracy. You can read more about our rigorous testing protocol here.

In this Cobra LTDx irons review, we’ll provide a first-hand look at what makes these irons so popular for casual players that need an edge with their equipment. 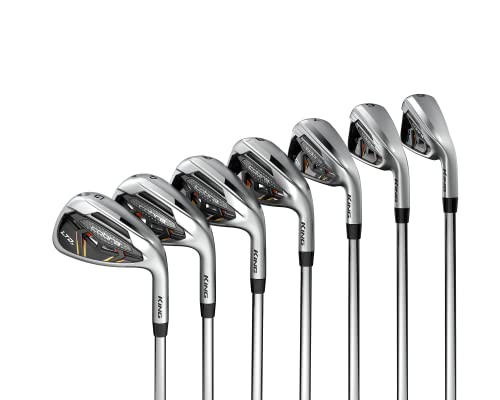 The PWR-COR weighting system creates lower, deeper CG to provide an effortless launch that gets the ball heading toward the target with max velocity.

With the new addition of a floating steel core bar behind the face, the additional mass helps optimize spin, even in the irons with strong lofts.

Cobra’s face design places emphasis on flexibility at the point of impact. We’re talking maximum deformation for spring-like flex across the entire face.

The bouncy response from the soft polymer injected casing delivers a premium feel and responsiveness to provide immediate feedback to players that need it the most.

The CNC milling does wonders for the scoring irons, especially the pitching wedge, producing maximum spin and more forgiveness and helping your shots stick to more greens with strong stopping power.

The milling, covering the entire face of the new irons, looks amazing with the chrome finish.

Cobra has long stood apart from the golf industry by creating flashy, high-contrast color clubs. The LTDx irons are no exception. In fact, if anything, they feature a busy design that may turn off more traditional players.

Along the back of the irons, Cobra has included a wild collage of composite material that helps stabilize the face from a performance standpoint but makes everything above the PWR core bar look like some type of futuristic alien spaceship.

If you are looking at the LTDx combo set with an additional hybrid, take note that the hybrids also carry the same jagged orange, black, and gold color palette that matches the irons.

If you are a fan of playing an iron on the golf course that provides a clean, crisp sound when you strike the sweet spot, then you’ll love the sound delivered by the LTDx irons.

With the balanced head, each golf ball struck cleanly by this iron set offers a pleasing sound to the ears that instills confidence the more you play.

Built for weekend warriors that need a boost of length and accuracy in their game, these LTDx irons also provide an exceptionally healthy dose of feel.

With either the KBS Tour 90 stock steel shaft or stock graphite shaft, the feel of the iron remained relatively the same with our testers.

They noted they enjoyed the solid feel of the steel shaft, but if you are struggling with swing speed, the graphite shaft offers minimized vibration and strong responsiveness at impact.

During our Cobra LTDx irons review, our testers were quite impressed with the performance of this golf club set. From adding yardage to generating more control, our high and mid handicappers loved the response and reliability of this LTDx iron set.

The long irons in the set we tested for our Cobra LTDx irons review deliver a lower, penetrating flight that’s easier to control. Powered by the thin area where the face connects with the sole, the longer irons are weapons that shorten the course.

Short irons offer maximum ball speed and high spin for exceptional stopping power on the greens. Our testers noted several times how well the ball stops on the putting surface, especially on shots that demand a high arc due to a water hazard or bunker protecting the green.

Is the Cobra LTDx forgiving?

Yes, the Cobra LTDx irons are very forgiving. What’s great about these golf clubs is that even on shots that come from the toe, the irons maintain ball speed, so you don’t lose much in the yardage department.

Boasting high spin and impressive length from the short irons, the LTDx irons offer an outstanding game-improvement package for the weekend warrior.

Yes, we believe the Cobra LTDx irons are ideal for weekend warriors carrying a higher handicap. Not only do these clubs provide higher launch, helping extend carry distance, but the forgiveness registered off the charts with our testers.

These LTDx irons provide a healthy impact zone for struggling golfers to produce the distance and accuracy they need for their game.

When did the Cobra LTDx irons come out?

On February 11, 2022, the company released the LTDx irons worldwide. Also available in a one-length edition for players that utilize a single-plane swing, these irons offer the same features as the traditional set.

Yes, golfers that purchase the LTDx irons are eligible for free Arccos sensors. After purchase, you must go to the Cobra website and sign up for the free sensors and free trial of the Arccos app.

For golfers with high handicaps, the Cobra LTDx irons are a solid game improvement iron that helps build faster ball speeds with the ball flight and high launch angle needed to maximize distance.

If you go with the long iron option of this set, you can expect low spin for penetrating flight that delivers more distance.

From inside 150 yards, these Cobra irons offer more face deflection than the previous Cobra sets, helping create maximum spin, crucial for holding greens, leading to more putts and fewer chips from the rough.

With a price point of just under $1000, these game improvement irons aren’t cheap, but they deliver the marvelous performance needed to take your game to the next level. 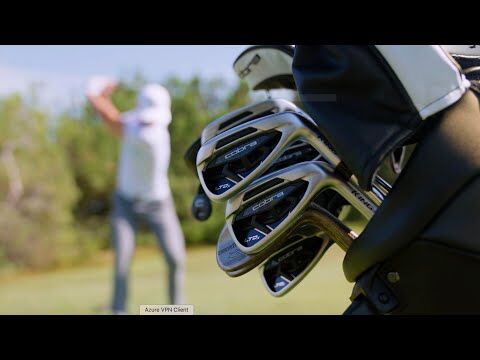